I am suffering from serious compassion fatigue. I have a therapist and we are talking about this. But I thought maybe you would have some insight. As a Social Worker I deal with a minimum of 5-7 (often more) problems in a day. I don’t mind helping people, but the issue I am having is the growing sense of entitlement, the lack of appreciation from clients and their families. It’s not the old old folks who are this way, it’s the young old. Maybe it’s because 10,000 people are turning 65 EVERY day. They grew up in a different time. I just wonder if you have any ideas how I can deal with ungrateful, often hostile clients and their families? They have a sense of immediacy with their issues and don’t take into account that I might be dealing with a “real” emergency such as life and death. Thanks for listening.

Karen, even though our types of work have some similarities, I’m very aware of how different it is to be doing what you do, and I’m very appreciative of both the necessity for it and the sheer difficulty of it. I recognize, for one thing, that I have the luxury of declining to work with people for whom I don’t think I’m a good fit, which Social Workers often aren’t able to do.

One of the biggest differences, I think, is that I don’t have to solve problems in my work–at least, not my clients’ problems. Instead, I’m there to help them solve their own.
When I’ve experienced compassion fatigue, I tend to think it’s because I’ve been trying to solve their problems, which is usually impossible. When I start thinking I know better than my clients how to live their lives, and try to sell them that idea, that’s when I risk compassion fatigue. Conversely, when I’m clear in my own mind about my own limitations, that’s when I can participate with clients in helping them solve their problems, and that’s when I find the work inspiring rather than exhausting.

That said, I have occasionally worked with people who seem entitled and unappreciative of other’s efforts to help them, including mine. When I can manage to get hold of myself, I can ask them about it with curiosity. As an analogy, Jewish law recognizes that someone who had formerly been wealthy and had fallen into poverty might need more financial assistance than someone who had always been poor–not, God forbid, because they are considered worth more, but because suffering is relative to expectation. So some of the people you experience as entitled are, perhaps, suffering more from not getting their needs met quickly than people who are used to that. I don’t mean to excuse the behavior–and, frankly, in my less evolved moments I just want to tell them to pull their heads out of their asses–but it’s a way of understanding it as distress rather than aggression.

Hang in there, Karen–as one of the “young old” myself (I’m turning 68 soon), we Boomers need you! 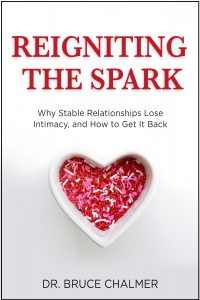